How to Pronounce Unaspirated 'p', 't' and 'k' Correctly - Particularly for English Speakers 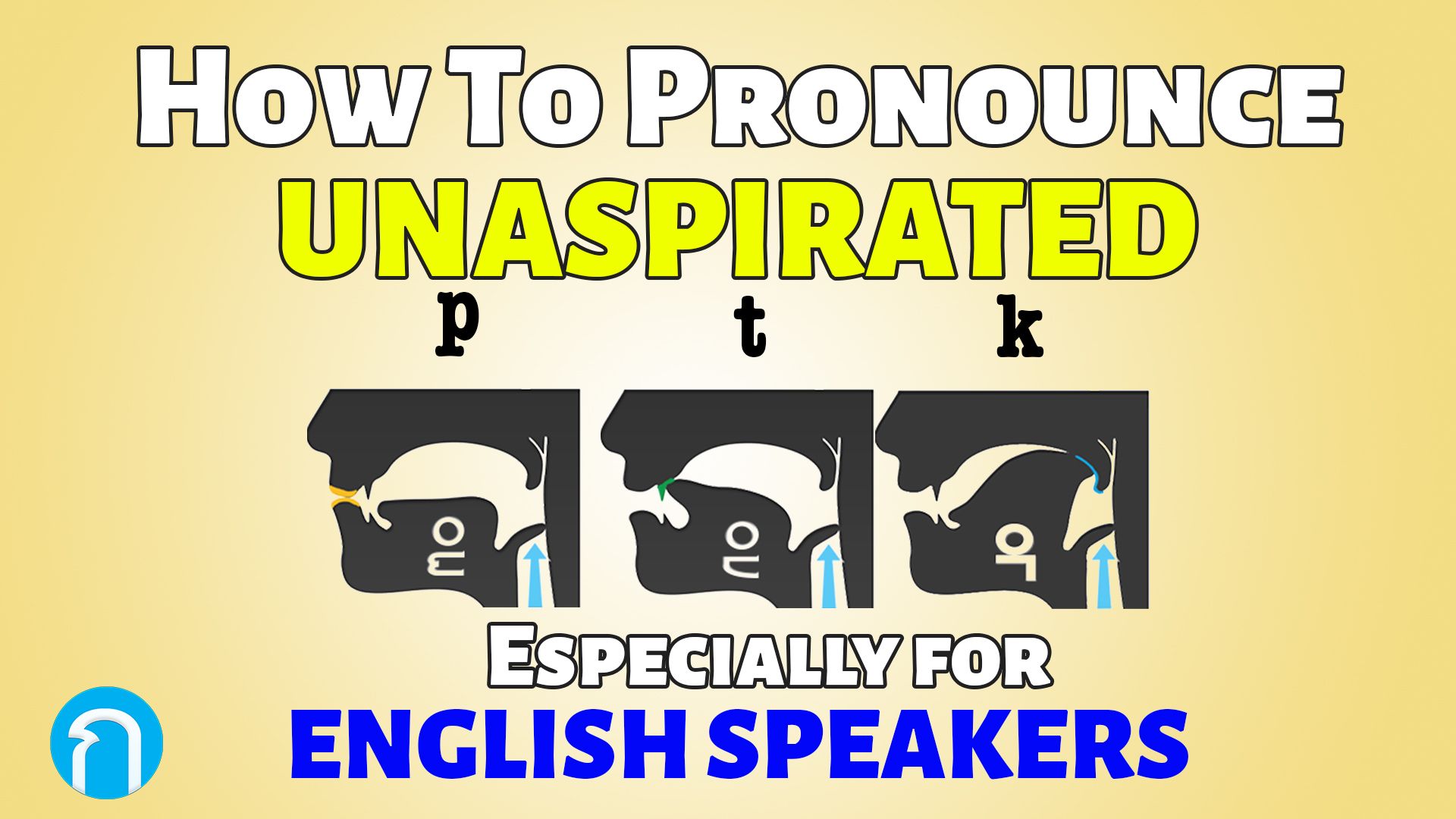 There are two topics that recur month after month in all of the Thai language online groups that I follow. The first is whether or not the Thai letter ก should be transliterated as a 'g' or a 'k' when written in the Latin alphabet and the second is whether or not the term 'Farang' is a derogatory word when referring to Caucasian westerners.

We are not going to go into the murky world of all of the positive, negative and indifferent semantic nuances of the term 'Farang' as it is used by native Thai speakers, but I hope that this post will be able to help act as a 'go to' post for when it comes to the issue of ACTUALLY PRONOUNCING THE SOUNDS PROPERLY for English speaking learners of Thai when it comes to pronouncing / differentiating between unaspirated ป p, ต t, จ c, ก k, and aspirated พ ph, ท th, ช ch, ค kh.

If you want to jump to the video clips - scroll down to the bottom.

In true Bangkok fashion, the response is 'You can call me whatever you want honey'. It honestly doesn't matter what letter you use to represent Thai letters - as long as you map that shape to the correct sound and realise that the sound is NOT going to correspond to your mother tongue. The strange thing is that when I see foreigners learning Mandarin Chinese, the first thing that they usually learn is Hanyu Pinyin 汉语拼音 - the official Romanised Transliteration system used for Mandarin, and despite the letters not sounding like what they would sound like in English, nobody seems to have an issue with it. Have a look at these words in Pinyin - note that I am including a column showing the International Phonetic Alphabet spelling of each word as this is the only real agreed on set of standard latin-esque spelling where one symbol is tied to one speech sound regardless of language. Pay attention as to the difference between the letters chosen for Pinyin vs. IPA:

Supposing somebody who had never learnt Chinese before was asked to pronounce any of those words just from looking at the 'Pinyin', you would be almost doomed to failure. I hear it every day when newsreaders are reading names like 习近平 'Xi Jin Ping' or 毛泽东 'Mao Ze Dong' - unless they are Chinese speakers or have at least had some grounding in Hanyu Pinyin, the speaker will generally make a dog's breakfast out of the words that they're trying to pronounce.

One important thing to notice - have a look at the word 'to listen' - the first syllable 听 'ting' is rendered in IPA as tʰʲəŋ. Even if I clean that up a little and change it to tʰing, you can see that Pinyin's 't' is actually an Aspirated 't', and 'd' in Pinyin like you see in the next syllable 到 'dao', is actually a non-aspirated 't' which is represented in IPA as just 't'.

In Vietnamese, while the language used to use Chinese characters and a hybrid set of Vietnamese specific characters called Chữ Nôm (𡨸喃, IPA: [cɨ̌ˀ nom], literally "Southern characters"), modern Vietnamese uses a Latin based writing system called quốc ngữ (國語) which means 'national language'. These letters might instill a false sense of security to English speakers at first glance because of a partial similarity to English, however when anyone starts learning the letters, they quickly realise that most of the sound to letter links have to be 're-learned' as new entities in themselves. The letter representations are actually closer to French and Portugues as it was initially developed by French and Portuguese missionaries. Again, pay attention to the IPA values used to represent the same sounds. Remember that IPA is a transcription system that is detached from any one language:

Again, if someone was never educated on the link between the shape and the actual sound in Vietnamese, it would be highly unlikely that a non Vietnamese speaker would be able to glance at the Romanised spelling and pronounce the word properly. The first stages of learning Vietnamese, as it is with Chinese, is spending time drilling the sound system and learning the orthography that will be used to map sounds to shapes - and then hooking them into muscle movements in the mouth.

Even Indonesian Isn't as Simple as you Think

Even langauges like Bahasa Indonesia that many people claim are 'simple to learn' have an orthography that has to be learned. 'c' in Indonesian represents an unaspirated 'ch' sound, so the word 'chocolate' is written 'coklat'. There are also carry overs from the old Dutch based system still used in place and people's names, so 'Djoega' and 'Juga' would be pronounced the same by an Indonesian. Any learner of the language needs to re-map their understanding of letters and their relationship to a given language.

My point is here, is that when someone asks whether or not ก is a 'g' or a 'k', my immediate response is 'in relation to what'? In English, we actually do have the unaspirated 'k' sound (which by the way can be represented in Vietnamese by all q, k and c depending on the word), but we only find the unaspirated 'k' in English when it occurs clustered after another consonant - for example 'ski', 'school'. Likewise with unaspirated 'p' - we do have it in English, but it only occurs when it comes after another letter like in the word 'spy', as opposed to the 'p' in 'pie' which is an Aspirated 'p' (which we write in IPA as pʰ. That's why the Thai island 'Phuket' is written with an 'h' after the P. Unlike English, entire meanings change depending on whether something is the aspirated version or non-aspirated version.

So What Spelling System Should I Use?

If you're talking about Thai, because there is no one system that is agreed upon as a standard that represents every sound in Thai, I personally suggest that people firstly try and jump into the Thai script as quickly as possible so that the sounds can be linked directly into the actual letters in Thai and they will be 'foreign' enough to not act as false friends and have you pronouncing them as English equivalent sounds. I personally use IPA-like transcription as the letters keep their 'foreign' look enough to remind me that they are not the sounds of English. The bonus of learning even a little bit of IPA means that your ears can start to detach from your muscles and you can begin to notice very slight variations in sounds and understanding how you need to tweak your mouth - your tongue, your lips, your breathing etc. in order to produce a more faithful facsimile of something that you've heard from a native speaker of whatever language it is that you're learning.

have used in their books, where ก is represented by 'gk' and ป is bp. If this works for you, great - just understand that these sounds are not sounds that we use in English in the same way. In choosing a system, make sure that you will be able to reproduce the sound accurately when reading it even long after you noted the sound down on paper. Very often, language learners will note something down on the fly and improvise some letter combination to represent something but when they come back to it later, they forget and then start to carve an incorrect rendering of the sound into their longer term memory. Again - that's why learning the local script from the outset is a great idea.

I have 3 videos that approach this issue from 3 different (but similar) angles. Watch them in the following order:

How to Pronounce Unaspirated 'P' and 'K' Properly - Spy Vs. Pie

I hope that this post helps - and firey discussions on language groups about transliteration choices will be mitigated.

Access all of the resources and interactive learning programme here - https://www.jcademy.com/bundles/cracking-thai-unlimited-bundle

How to Pronounce Unaspirated 'P' and 'K' Properly - Spy Vs. Pie

Thai Bites - There's No Such Sound as G in Thai

About Stuart Jay Raj
Previous Post : If you Don't Like it Here - Then Go Home! Is it Ever Okay to be Critical?   Next Post : Why Are Many Thais Afraid of Gheckos (jingjok)? And other Questions We've Always Wanted to Ask Each Other