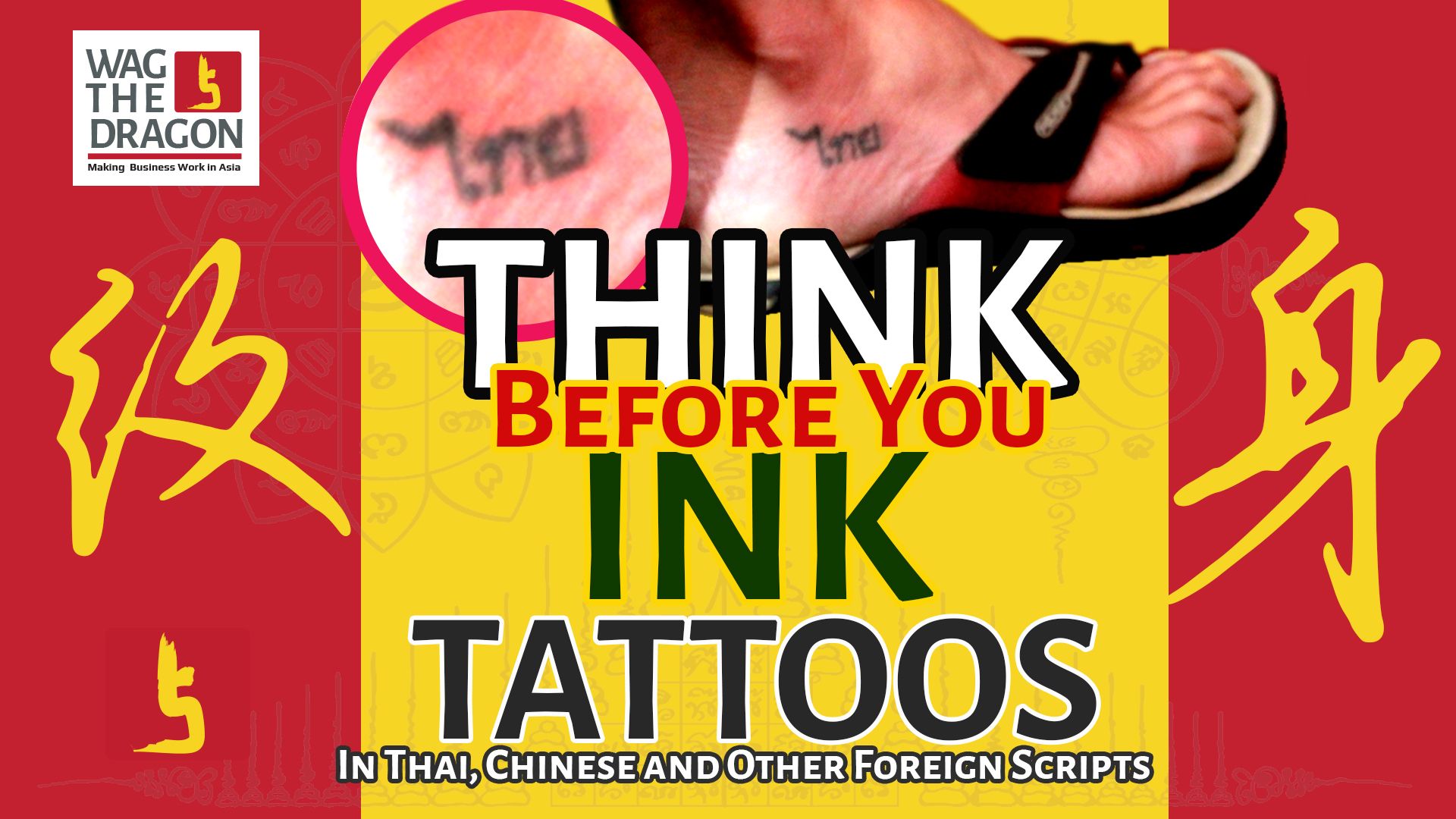 Getting Tattoos in Thai, Chinese, Arabic and other Foreign Scripts is Dangerous - Think Before You Ink

Getting a tattoo in Chinese characters, or using Thai, Khmer or even Arabic writing may seem exotic, mysterious, spiritual or just 'cool' to some, however even if you actually manage to translate what YOU intended correctly, how do you know that what you intended it to mean and what native speakers of that language associate with those words are the same thing?

Not only that - no matter what it is that you get tattooed, if you plan to live, work or even start a relationship with somebody from an Asian background, no matter what your philosophy on 'inking' and freedom of expression is, the fact is that due to many different factors, different countries across Asia have varying degrees of negative associations when it comes to tattoos and the people who wear them. You can protest all you want, but in the end whether you like it or not, there are people who will treat you differently across Asia if you have tattoos, and some of those people may well be people that could have opened opportunities up for you in the region.

Over 10,000 People Murdered for Having Tattoos

In this clip I discuss an incident that I experienced on a plane where an Australian lady had the word 'Thai' ไทย tattooed on her foot. The reaction wasn't pretty - you can also read more about the details of that case and the Thai cultural connotations in this post.

In the clip I also discuss the reasons in countries like Indonesia and Japan why tattoos have such a stigma attached to them, including punitive tattoos and the whole 'Petrus' (Penembakan Misterius - Mysterious Shooting') period of Indonesian history where some estimates say that up to 10,000 people were murdered for having tattoos, and their bodies left to rot in the streets in prominent places to act as a warning. It's because of these reasons that to this day people who have tattoos including foreigners still go through a considerable degree of grief and inconvenience when traveling and living in those countries.

The information that I provided here is intended to help inform people of some of the aspects of tattoos in foreign scripts and wearing tattoos in Asia that might not be apparent if you don't speak the language, or if you haven't grown up in the culture. Even if you ask native speakers of a language, it's not certain that you'll get a straight answer as to whether something is okay or not to be tattooed, as they might feel bad in telling you somethng negative about their people and they wouldn't want you to feel bad.

Let me know your experiences with tattoos in Asia - and tattoos in foreign scripts.

About Stuart Jay Raj
Previous Post : You're Pronouncing 'D' Wrong- How to Sound Less Like A Foreigner in Thai, Chinese, Vietnamese, Spanish and Javanese   Next Post : 'Thai' ไทย Tattooed on Foreigner's Foot in Thailand - Who's to Blame, Tattooer or Tattooee?