Dear gods of the cyberverse, please direct this blog-entry through the right routers,feed aggregators, RSS readers … anything it takes so that those great apple developers in the sky can start to get a taste of the multilingual HUMAN world outside of that apparently monoglot paradise of Cupertino.

I’ve had my iPhone for almost a year now. Someone actually gave me a 3G version, but I was so attached to my original phone that I sold the 3G version and kept the old one. You see apart from liking the metallic feel of it – something that you just can’t find with handheld appliances these days, mine has a huge crack across the screen that I’ve grown rather fond of. (The crack happened when running to escape the Bangkok rain in mid 2008 – when the device slipped out of the slip-proof iPhone belt-holster that I’d purchased a few days earlier).

Why a Polyglot / linguaphile SHOULD own an iPhone

As we learned in Dale Carnegie Instructor training, when delivering bad news, START WITH THE POSITIVE AS A BUFFER! So here goes.

The first week I had my iPhone I wanted to throw the thing out the window. I’m a tinkerer – and not being an Apple person, I found the iPhone not really tinkerer friendly. Luckily within a few days I was lucky to find a team of enthusiastic iPhone hackers that whetted my palate with the possibilities that the iPhone holds for tinkerers. From that moment on, I started to take to the thing.

I quickly found many uses for it – it’s actually changed my life. From ChinesePod.com to Japanesepod101.com to news podcasts in different languages to morse simulators to Youtube clips, the iPhone is a language learners dream! If you want to know someone, take a look at their iTunes library. I have MP3’s and streams in over 40 languages in my iTunes that I sync with my phone which facilitates my learning every waking moment (that I’m not with clients of course … well, even then some)

Now with AV cables, I don’t even have to take my computer to many events that I have to speak at / teach at. I can play the Audio / Video files straight out of my iPhone through the sound system / LCD of the seminar venue – and even record Presentations as video files and then use my iPhone as the presentation device rather than PowerPoint.

There are also some great apps out there that developers are creating for learning languages – one that I particularly like is JapaneseFlip (日本語フリップ*) *by Andre Khromov. Very simple but good looking App that helps you get through your JLPT levels. 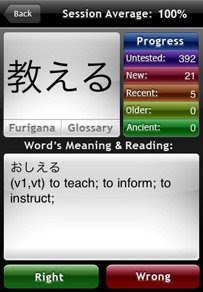 3 Steps to Drive a Polyglot to go Insane and Throw their Freaking iPhone off a Cliff!

I can imagine what the project management meetings in the development process were like:

*Project Manager: “Now guys, there are gonna be some folks out there that don’t speak ‘Merican, so we might have to have some way they can talk to each other in their own gobbledygook”
*

*Development Team Underling: “Ahh… yes boss, I’ll get on it. Those Chinese folks down on the corner at the restaurant seem nice, maybe they’ll be able to help me get some of their lingo into this thing.”
*

*Project Manager: “Great idea! Just make sure you don’t make it too easy for ’em. We don’t wanna encourage too much of ‘their language’… in the long run, better to have ’em speaking ‘Merican like the rest of the world! We have those great ‘Merican language modules that we use in our Mac OS’s … just throw one of those under the hood and it should do the trick”
*

*Development Team Underling: “Umm .. boss… what about people who want to communicate in more than one language at once?”
*

And so the iPhone language development team was born.

Well, I have to hand it to the team. For the first models, there was only a handful of roman scripted languages that were catered for. Later firmware versions introduced more languages. I wish these US developers would realise that even in the US, you will have people using their devices who speak a whole array of languages. You don’t need to release a phone in Thailand, Japan or China to warrant having Thai and Japanese input options. Give the options on installation / updating of the firmware as to what languages should be included – that way you don’t eat up memory with unnecessary stuff and everyone is happy. 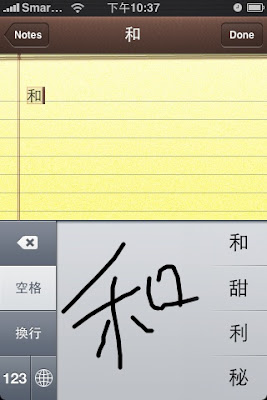 The way you switch languages is really cumbersome too! In a typical message sent out of my phone, I could have any combination of Thai, Chinese, Japanese, English, Indonesian, Spanish and Nordic languages being used. I just had a look through some of my SMS’s and some of them use up to 4 languages in a given message.

Could I suggest a language selection button that will iterate if tapped normally through the input language list similar to the buttons that already open up to display additional characters when held. Rather than a straight tab of letters though, if held it would open up something like a daisy-wheel so you can slide your finger directly to the target language selection – when you release your finger, it’s in that language input mode.

That way, if there are only 2 input keyboards running, you can do 1-tap iteration, otherwise people with more than 2 keyboards can also quickly switch between them without iterating through ALL OF THEM … often resulting in the thing hanging and then crashing. At the moment I have 8 keyboards active. So if I change to a language and back to English, a minimum of 9 clicks is needed. Not only that, because you’re typing as fast as you can, you often get ‘click happy’ and iterate past the English keyboard and have to go through them all again. It’s a bit ‘Ground hog day’ish’ guys!

I understand that screen real-estate is scarce, but some of the excuses I’ve seen for Thai keyboards are appalling. Given, I don’t think that most of the ones that I’ve been using have been developed by Apple themselves – most of them 3rd party apps from Eastern Europe, the developers were probably just concerned about getting so many letters into such a small space and knew nothing about typing habits of native speakers of those languages, common letters vs. uncommon letters etc.

With the original firmware, there was a function in there that allowed you to turn the predictive text off. Since version 2.0, I’ll be darned if I can find it anymore!??

Even for monoglots of English, people don’t communicate in standard English. There have been papers after papers on the language of messaging, sms language, email English etc.

Here’s an example in English:

If I type that into my iPhone without going back each time and correcting it here’s the result:

***I’d byte CID ye FFA up to it, cox HR Bina get it otherwise

The funny thing… each time I tried to backspace and fix things up, things progressively changed and got worse (even more changes to what you see above!)

I don’t know what these guys could have been thinking. We don’t send text messages to be grammatically correct! We send them for efficiency. Not only that, the shorthand used communicates a multitude of emotions, relationships and other ‘meta meanings’.

I think Indonesians would have to be right up there with the Filipinos as the number one texters on the planet! Someone could be driving down the freeway at 130kmh, swerving between the cars and still get out an epic text message in a few seconds flat.

As with many other languages, SMS language in Indonesia is a language of its own.

Here’s another call out to the developers…

INDONESIANS USE THE ROMAN ALPHABET TO TYPE BAHASA INDONESIA…. So there’s no need to change a keyboard. The English keyboard would do just fine if there wasn’t any freakin’ predictive text there to botch it all up!

Not only do Indonesian’s use the Roman alphabet, many of them can speak languages other than Indonesian!… so in a given message, you might have Bahasa Indonesia, Sundanese, Javanese, Mandarin, Hakka and English!

But let’s get back to Indonesian SMS’ing. Here’s a sample sentence:

### Thai and other languages

This applies to ALL languages. Sometimes depending on someone’s phone and language upbringing, Thais might send a message in Thai – or write their version of Thai using the Roman alphabet. There is no standard to the spelling used, so developing a dictionary would be useless. Each person has their own ‘flavour’.

It gets worse, the predictive text started to think it would be smart by ‘learning’ Thai letter order patterns. Well it thought it did… it applied ‘English’ logic to Thai and the results were terrible. Vowels and consonants were all swapped around to make the language look totally alien.

Other notes on Input Languages

The technology is out there guys… so how bout it…add a few languages into the iPhone official ‘flock’ – Arabic, Thai, Hindi / Devanagari, Tamil and other scripts that although they might be a little foreign to Cupertino, there are still billions of people outside of that ‘hood’ that use the languages.

My last note is on Fonts.

On my Window’s system, I love the MS Arial Unicode font – although it lacks some scripts like Burmese, Khmer, Tibeten and several others, it is fantastic in that the point size for Thai, Chinese, Arabic and Latin are all the same. I can even call a whole range of IPA characters up and they’ll display on any page.

The iPhone’s font mapping is bizarre with languages like Arabic. Arabic is a complex class script where the letters’ forms will change depending on where they are in the word, with diacritics above and below the letters. For some reason, when reading pages on the web in Arabic / Urdu / Farsi etc, only the initial position letter forms are used. This again, makes the language look extremely bizarre. While it’s possible to make out what the words are (kinda) it’s very cumbersome and not in line with that slick ‘Apple’ image that I could imagine that you guys would be trying to shoot for. 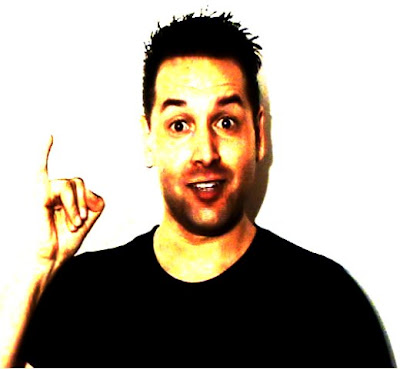 You are about to launch the iPhone here in Thailand legally. I’m not sure what you’re doing in the way of your ‘official’ Thai input option, but if I were you, I’d seriously consider giving the Thai language issues an overhaul.

I’m happy to hire my consulting services out to you to make sure you don’t piss the SE Asian texting community off any more than they already are.

Actually – I’ve changed my mind … hire me and we can sit down over a coffee in Cupertino and give the WHOLE FREAKIN’ LANGUAGE thing an overhaul.

I’ve walked into Apple stores all over the world over the past couple of years and challenged the salespeople to convert me to a Mac user. I need a system that will allow me to use all the languages I use with ease – Microsoft actually got the whole predictive text thing right with Mandarin and Windows leaves Mac’s OS in the dust when it comes to speed of typing up a Chinese document.

Both Apple and Windows do a dismal job in allowing us to type in Cantonese and other Chinese languages / dialects. I’m honestly surprised that one of the over a BILLION speakers of non-Mandarin Chinese languages hasn’t mentioned it to you before.

CONVERT ME! MAKE ME A DISCIPLE! No one has been able to do it yet – and I still sit here with my PC – Linux and Windows.