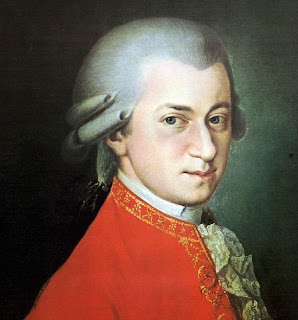 I received an email in my Youtube box this morning that touched on a topic that I had always meant to post about. I figured this is a better time than ever to write about it. Here’s the letter:

I touched lightly in one of the interviews that I posted on the Thai TV Show ‘Joh Jai’ on the idea of perfect pitch. For me, every sound – whether it’s a musical note, a sound in speech or just a ‘bang’ of a gun, has not only a colour, but also texture, shape and emotion. I don’t know where these things came from. I just remember them always being there. Perhaps it’s thanks to my grandfather’s advice that I’ve mentioned in other posts of never allowing “words to limit my thoughts – always think LOUD”. That ‘LOUD’ for me wasn’t just loud colours, but it was anything that would stand out in my mind and have an emotional effect on me.

I come from a very musical family. My mother sings and plays the guitar, my brother the same, my sister sings and plays the piano a bit, I play piano. I have musician cousins, aunts, uncles and extended family too. When I was very young, we would be driving and my mum would make each of us in the car take different parts singing acapella.

Feeling harmony – intervals such as major and minor 3rds, 5ths, 4ths, flat 5ths, flat 7ths was something that when I was younger, I assumed everyone could do it naturally. Hearing ‘notes’ in my mind was another thing that I thought everyone ‘just did’. It was only when I was a bit older that I realized that most people had had this ability ‘muffled’.

When talking about ‘perfect pitch’ or even teaching people to learn tonal languages, I am frequently confronted with the excuse ‘I’m tone deaf’. Although I read in the Wikipedia page on tone deafness that some believe that it could be genetically influenced, I find it very hard to swallow that argument.

On the language front, of the billions of people who speak tonal languages such as Chinese, Thai, Vietnamese etc., I am yet to come across a native speaker that doesn’t speak with the correct tones (according to standards of whatever dialect that they speak / grew up with). Could it be that only non-tonal language speakers could be genetically tone deaf? I don’t think so. I think it comes down more to exposure and active use rather than a genetic displacement.

Exposure to Pitch, Tones and a Buffet of ‘Sound Stuff’

I mentioned earlier that when I was young, because of the musical ‘tone’ of my family (no pun intended… well maybe a little one), I was fortunate to be exposed to many different concepts in sound. One of the earliest ‘songs’ that I can remember is the tuning of a guitar:

It was the first ‘song’ that was played before any other song – e e e e BBBBbbbbbBBBBB e e e e BBBBBB… my mum would be tuning the guitar working from the top down. The 4th interval of the top string ‘E’ and the next string ‘B’ would go from good to a dissonance that was like an earthquake in my eardrum, then back to a nice ‘buzz’. When the notes ‘buzzed’ together nicely, I knew that they were in tune. She would then work back down the strings in the same fashion. If there was any suspicion that the notes weren’t in tune, she would ‘ping’ the harmonics to make sure that they were indeed in ‘sync’. When there’s dissonance between harmonics on a guitar, I think even the least trained ear could notice that something is askew as you can physically feel the air ‘wobbling’ out of sync … you can feel the air going ‘woob woob woob wooooooobbbbb’ in your ear. ### Songs are ‘Pegs’ to Represent ‘Notes’ or Frequencies

Here’s an exercise if you’re interested in developing perfect pitch.

Over the years, I’ve built up a menu of songs that to me are the epitome of ‘keys’ or ‘notes’. Some of them include (I’ve also included the colours that these notes make me feel):

If you are a musician and you know how to play the songs, think of the intervals that make up the song. For example in the song “Bye Bye Blackbird”, for me that’s a very distinct Yellow down to Orange Major Third start of the melody (A -> F). I actually see in my mind a swirling sandwich of yellow and orange as those first two notes play.

In this sense, you get both perfect pitch and relative pitch through the same exercise.

It gets to the point that you don’t know what came first – the chicken or the egg… or in this case, the song or the key. If I hear a note, I will normally see a colour with it, my hands will know where on the keyboard it would be and other songs that are in the same key start to congregate in my mind around that song like ants to a pile of sugar.

You may be wondering why during the above exercise I mentioned not to ‘sing the song out loud’ yet. That’s because I’ve found that sometimes people hear the song in the right pitch in their imagination, but the ability of actually producing that sound with their vocal chords 1st time needs a bit of work. That’s why it’s good to just compare your mind’s song with the actual song first – check if you are indeed close to the real pitch.

When you think of it, it’s a miracle that we can actually normally without thinking produce out of thin air a predetermined frequency with our voice. How do we ‘know’ that a particular tension on our vocal chords will produce a particular frequency. Just thinking about it blows me away. I just accept that there are some things that I can’t explain and that we can do it.

As you get better, you’ll be able sing ‘notes to order’. And even microtones – notes between notes. I have a cousin – Kerri Ayling (speaking of musical / business genius, take a look at their site and history at The WAM Communications Group ) that is notorious for her uncanny ability to pick out notes / frequencies with her perfect pitch and tell how many ‘cents’ they are out from the standard frequencies. Kerry was a great device to have lying around the studio when the recording engineer was trying to fix up pitchy vocals on tracks that had been recorded.

The Disadvantage of Perfect Pitch

This sometimes causes a little havoc. I was playing in a jam session a few months back where we had to play a standard in some obscure key because of the singer’s vocal range. This was one of those songs that I had played a million times before, and although I could have transposed it in my head straight down from Eb to Bb, I was lazy. I used the ‘transpose’ button and knocked the calibration of the electric piano down a 4th. Something very strange happened. It was like ‘Culture Shock’ of a musical kind! My mind was telling me of the colours that had to come next because that song was a part of me now (the song was Stellar by Starlight by the way). All of a sudden, I was hearing deep blue where I was supposed to be hearing RED. I was hearing yellow and green flat 5ths where I was supposed to be hearing browny orange ones! My fingers on about 4 occasions during the song tried to recalibrate themselves to play the colours that they were expecting to hear.

Can Anyone Develop Perfect Pitch?

I believe YES, they can. Just like I’ve never heard a native speaker of Chinese or Thai speak with incorrect tones, I believe that everyone has an inherent ability to define pitches. For some however, they have had it hidden away from them since childhood. It’s something that needs to be fostered back into action. Try the above exercise a few times a day until your strike rate starts to get better. Slowly build up a vocabulary of ‘songs’ that you can use as reference points for notes, chords and intervals.

How Does This Relate to Learning Tonal Languages?

I think some of the same principles can be applied. As with being able to pin point specific musical notes, I think that the amount of ‘noise’ that is crowding out the important variables of sound when we’re learning language needs to be filtered out. In language, that ‘noise’ could be actual ambient ‘noise’ that distracts us from really listening to what the native speakers of the language are saying. It could be the ‘noise’ created by the filters of our mother tongues’ sound system, subconscious sound and rhythm rules etc. It could also be the ‘noise’ of our own psyche telling ourselves that ‘I’m tone deaf – I can’t hear this – I can’t do this’. Those sort of negative affirmation can be very destructive to our language learning aspirations. The first thing is to realise what forms of ‘NOISE’ we have influencing / impeding and interpreting what we here and find a way to at least for the moment, put those noises aside.

I’ve never sat down like this and tried to work a method out for developing perfect pitch.

If this does work for you, please do let me know!