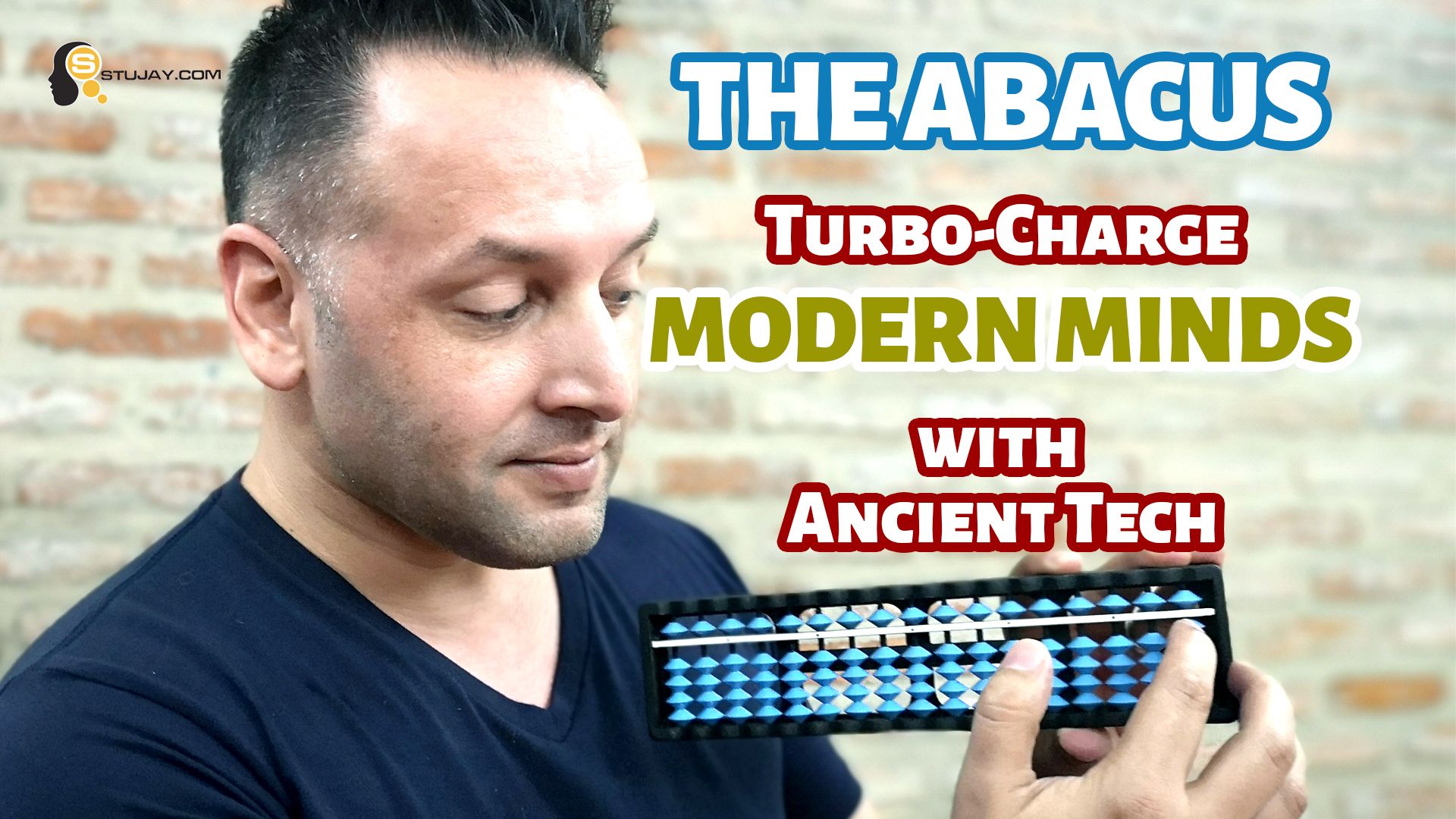 Before you read any further, take a look at this clip - I hope it will inspire you - I'll show you how they do it below:

(Hint - You don't need an Abacus (算盤 Suànpán [Mandarin] Soroban [Japanese] to be able count lightning fast 'with' an abacus).

Have we Stopped Using Our Brains?

I walked into a 7-11 yesterday and ordered a large Ice-Latte, no sugar, no condensed milk (this is Thailand after all).

The register was being used with another customer, so to quickly work out the change, the attendant picked up a calculator and keyed in '100-40' to work out the change due to me. I was stunned. I'm not sure whether or not the attendant really needed a calculator to calculate 100-40, or if it was just force of habit. You need to calculate something? Grab a calculating machine … and by the way - the result was 60 Baht change owing to me.

'Okay Boomer' … When was the last time you memorised a phone number? When I was a kid, it was natural to have at least 10 to 20 numbers of friends and family memorised. I can still recite my home phone number from when I was 5 years old with knee-jerk precision.

It wasn't just phone numbers. All things numbers had a life of their own inside of me from a very young age. My grandfather taught me how to use the Chinese Abacus, and as a result of it, numbers became these amazing, tangible things, whose touch became an extension of 'me'. Numbers weren't just black and white numerical entities. When you use an abacus, each number becomes akin to the Hindu god 'Vishnu', who has many different avatars depending on what the situation is and 'who's asking?'. As a result of this, mental arithmetic became something that just happened naturally inside of me - as numbers were added and subtracted, my muscles would twitch with or without an abacus in-hand, and within a split second of the final number being processed, the result would be there, not unlike the knee-jerk way I can still recite my childhood home phone number. Numbers kept my brain healthy and alive, and kept me passionate about continuously learning and subsequently being able to process 'more'.

So all of this 'Abacus', 'Numbers', 'Avatar' stuff sounds a bit too 'airy fairy out-there' right? - It's not that esoteric. Let me explain.

The Anatomy of Numbers On an Abacus

On the Chinese abacus, there are typically 2 beads up top and 5 beads below.

You realise that the 5th lower bead and 2nd upper bead are actually redundant. The Japanese realised this and the standard Japanese Soroban functions exactly the same, but only has one bead up top and 4 below.

After even a few minutes of using an abacus, you don't think of them as just black and white digits any more. The number '8' for example is instinctively felt as '5+3' or 'one down - 3 up'. When you're adding multiple numbers, you don't just 'add 8'. Depending on what number you're adding it to - and what beads there are to play with from the current number, adding '8' could be thought of adding 'ten minus two', or adding 'five plus three', or even adding 'One hundred minus two' if you were adding '8' to a number above 92. These thoughts after the rudiments are established, aren't 'vocalised' in your head - you just 'feel them'. What's extra cool is that you can couple learning the abacus with say learning Chinese and Japanese, and the numbers in those languages will become second nature.  Actually, there's a whole set of standard phrases in Chinese and Japanese that go with each gesture - almost like a martial art.

You Don't Even NEED An Abacus Present

If you watched the clip at the top of this article of the young Filipino kids calculating mental arithmetic sums, you can see their hands sweeping and shifting imaginary beads and all of them come up with the correct results with lightning speed.

Getting kids grounded in some of this 'ancient tech' from a young age can not only help stimulate the brain into their adult lives, but if you're lucky, they will be able to make sure they get the right change next time they go down to the corner store to buy a cup of bubble tea!

Some friends of ours had sent their son to a very forward thinking international Kindergarten and primary school. You know - the type that doesn't force kids to wear uniforms and who pride themselves on not having any 'rote learning' - always inspiring creativity from their students.  This was fantastic.  Their son had developed some amazing skills in different tech areas, and could work in a project team well to solve real-life issues.  Problems started to arise however when they wanted him to move to a more mainstream high-school.  This school had an entrance exam where simple math and arithmetic skills were tested.

While the very liberal style of learning provided some amazing life skills and ability to 'create' things, simple things like times-tables and arithmetic were never formally learnt.  Luckily, this kid was very switched on and BECAUSE he had a passion for learning, he was able to pick up his times tables at a late age fast enough to be able to pass the entrance exam after only a couple of months of coaching.

In a world where the education system is shifting from 'rote learning' and other traditional classroom learning tropes, having kids grounded in things like using an abacus would potentially fill that skill gap that would have traditionally had them learn times tables and arithmetic rules by reciting them ad nauseum.

If you'd like to learn more about how to use the abacus and how you can get your kids brains out of their mobile phones for at least a little bit and functioning like our brains were supposed to, let me know. One word of advice - while I mentioned kids here, this is just as beneficial to adults. As a 'grown up', picking up a new skill like this could give your brain a new lease on life.